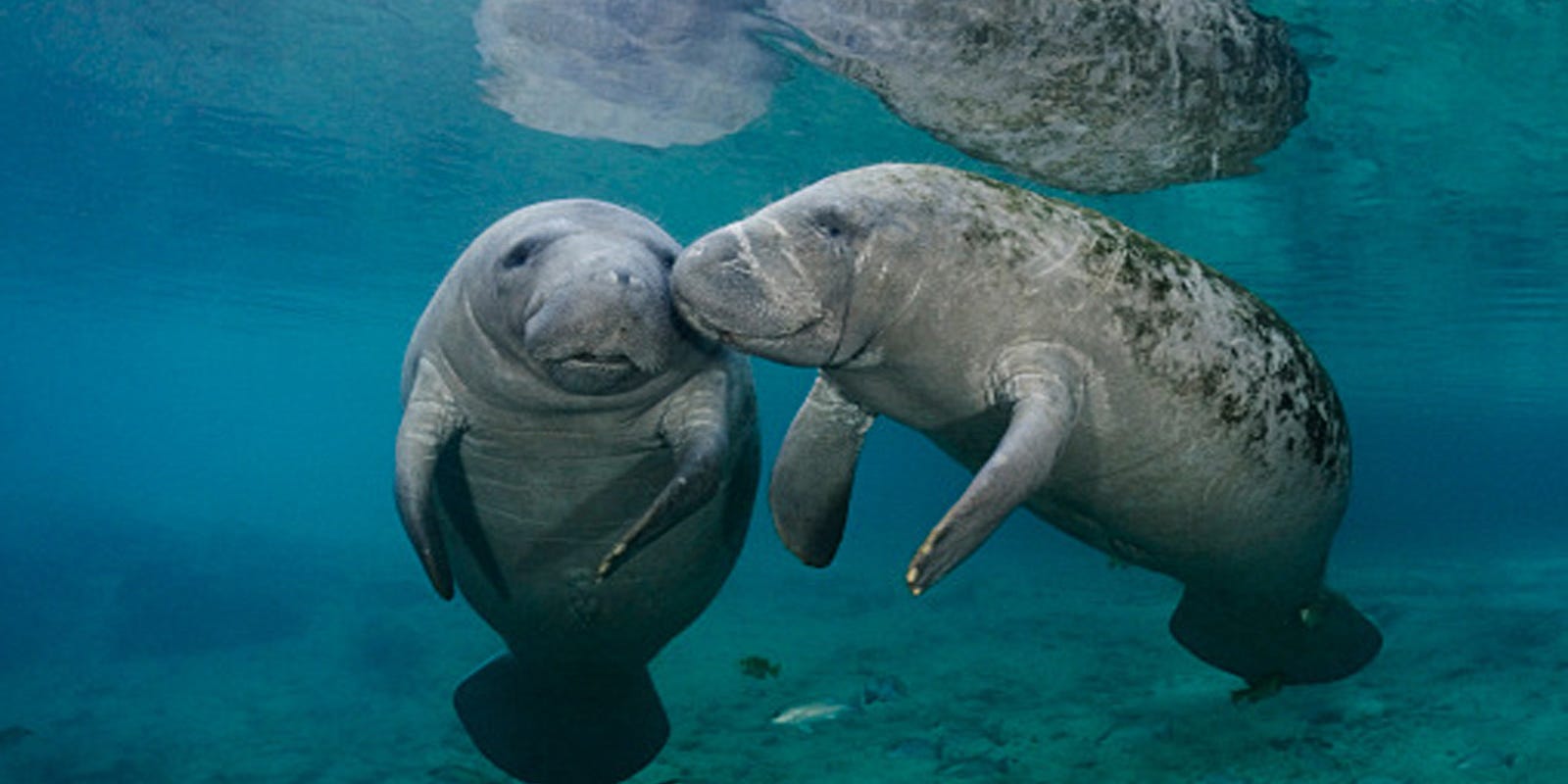 Tipping the scales at up to 1800 pounds, the West Indian Manatee is quite a sight to see. These aquatic mammals are closely related to the elephant and are found in the warm waters of the Gulf of Mexico, the Caribbean and eastern South America.  In the winter months manatees congregate in the warm coastal waters of Florida, and are often seen in the canals of Cape Coral. Rarely are they found in waters colder than 60 degrees F.

Manatee's are herbivores (plant eating), spending most of their time eating bottom vegetation from the shallow waters where they live. Eating a vegetarian diet must have some benefits, as these  gentle giants can live up to 60 years and the oldest Manatee living in captivity was born in 1948.

They have few predators, but attacks by sharks, alligators and crocodiles have been recorded. It has been estimated that the Manatee has been in existence for over 60 million years, but are at great threat for extinction due to human activity, especially propeller strikes by boats, swallowing fishing line and loss of habitat and food. At this time the Florida manatee is considered to be one of the most endangered of all mammals in the United States*. 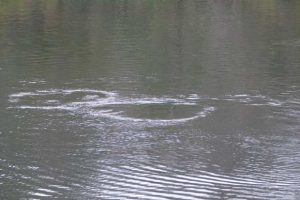 One of the easiest places to see the Manatee in Cape Coral is at Sirenia Vista Park  in NW Cape Coral. Entering the park you will see a canal on the left (East) side of the park.  Several manatees spend the winter months here. The manatee propels itself through the water with its fluke; as it does it creates a series of ripples which look like footprints. The smallest ones are the closest to the animal, so you can “follow the footprints”  to locate a manatee. Another way to locate them is to look for air bubbles. Manatees are herbivores; they eat a great deal of  roughage and as a result often have gas. The gas bubbles help locate them. Mud swirls also indicate that a manatee has been in the area, and very often you can see the snout of the manatee sticking out of the water as it takes in a breath of fresh air.

Currently (2016),  “ As a result of significant improvements in its population and habitat conditions, and reductions in direct threats, the U.S. Fish and Wildlife Service (Service) announced today that the West Indian manatee is proposed to be downlisted from endangered to threatened status under the Endangered Species Act (ESA).In 1981, the group “Save the Manatee” was formed. This group has done much to protect the manatee and increase their numbers.

Here in Cape Coral it took the power of one woman to make a difference for the manatee population that live in our canals. Maija Gadient Heberlein, moved to Cape Coral and was thrilled to find manatee in the canal behind her home.  Maija was no stranger to manatees.  Her father often traveled to the United States from Switzerland where he and Maija lived.  He became interested in the manatee and wrote a small book on these interesting creatures.

Across the canal from Maija home was a spit of land that was being used as a hangout for teenagers and periodically  Maija would go over there to clean up the mess. She decided to go to the City of Cape Coral to ask that they make the City owned land into a park.  After long hours of meeting with the City, Maija “the squeaky wheel” got her way and Sirenia Vista Park was officially named. Over its short life, the park has undergone a wonderful transformation and is used as a viewing location for the manatee, a kayak launch area, fishing, birding, and a place to just sit and watch the boats go by.  There is a manatee cam that monitors the life of the manatee. Talks are underway to consider building an environmental center such as we have at Rotary Park.  That would be a wonderful addition to the park.

Click on this link to read more about the park, Sirenia Vista Park,  and this link for directions to the park.

To learn more about manatee conservation, go to MyFWC.com/Manatee

To see photos of Sirenia Vista Park under construction and photos of Florida Fish and Wildlife conduction scientific information about the manatee, visit our Flickr photos.

Save the Manatee Club out of Maitland, Florida has a free newsletter where you can learn more about the Florida Manatee.