We are officially 20 years young!

Awards were given to Cheryl Anderson and Pascha Donaldson, who have been with the organization for nearly 15 years. Mayor John Gunter and City Councilwoman and Museum of History board member Gloria Tate spoke on the importance of wildlife conservation and CCFW’s efforts to preserve same.

Original member Beverly Saltonstall read a letter by Carol Kiefer, who pushed to form a group back in 2001 to maintain and mark burrowing owl nests in Cape Coral. Beverly added her own take, and Deborah Noonan Eason and Carl Eason also shared their thoughts on the early days of CCFW.

Pascha also read the words of Carl Veaux, President, who was out of town at the time. Marlene Paulding, Historian, presented historical binders marking ten years of CCFW, 2001 through 2010. A museum exhibit displayed these, as well as the original Hoot manuscript, a burrowing owl display with burrow, picture board, Proclamation of “burrowing owl day” on February 15, 2003, and City Resolution proclaiming the burrowing owl as the official bird of Cape Coral. Athene, our official mascot, was present for pictures.

Thanks to Janel Trull, Executive Director of the Cape Coral Museum of History, and her staff. Thank you to Greg Borchardt, for installing a starter burrow on Museum property, and to Gigi Yarusso and Joanne Gruber for their wonderful food display. Thanks to Eric Nikolai (pictures), Paul Bonasia (set-up and handler), and Gisela Waldinger. And thanks to Dave and Jane Garberson for their membership efforts.

Final thanks to the current CCFW Board, CCFW volunteers and those that sponsor our annual Burrowing Owl Festival event, including CC Parks and Recreation. We continue on our mission for 20 more years and counting! 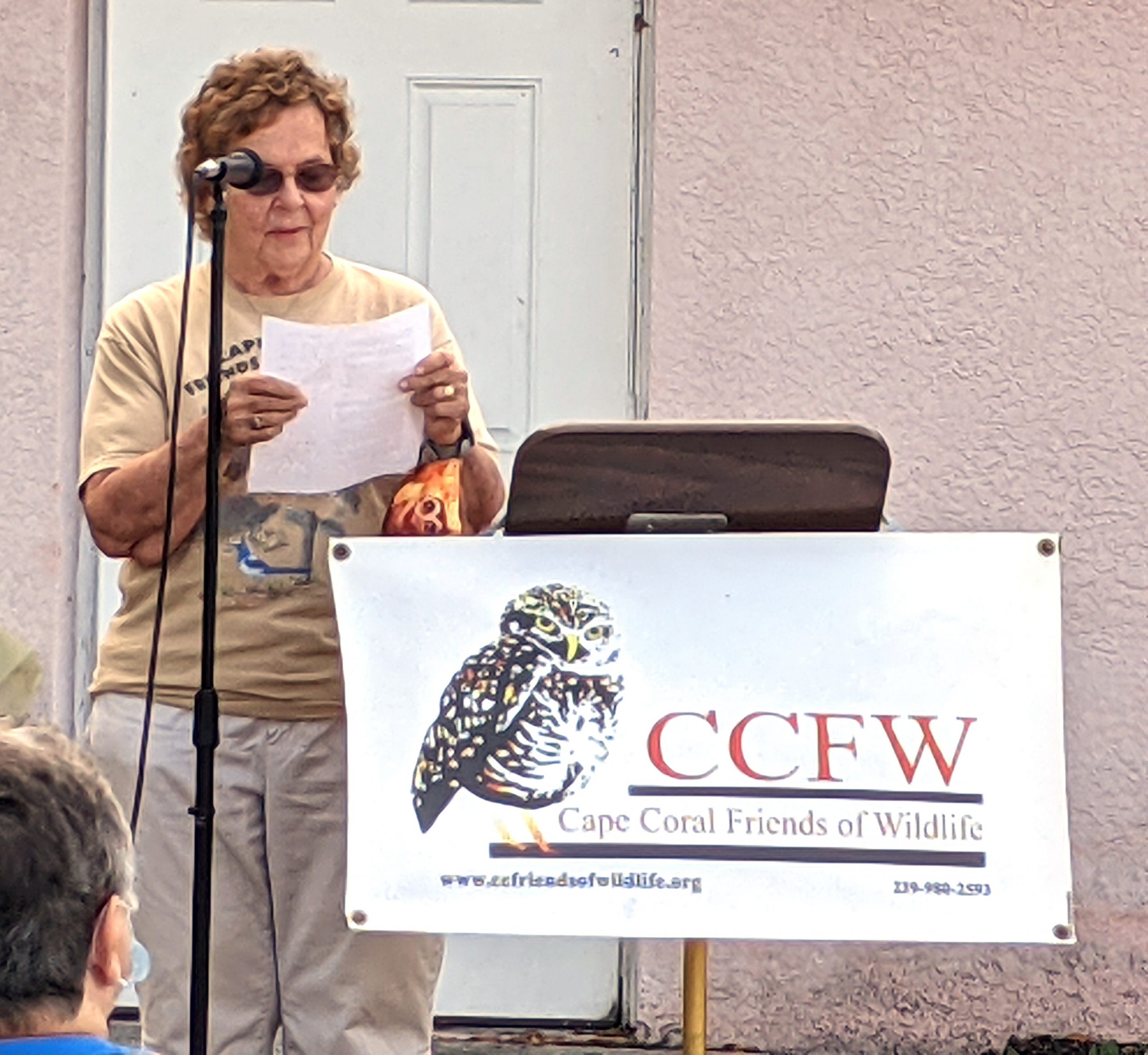 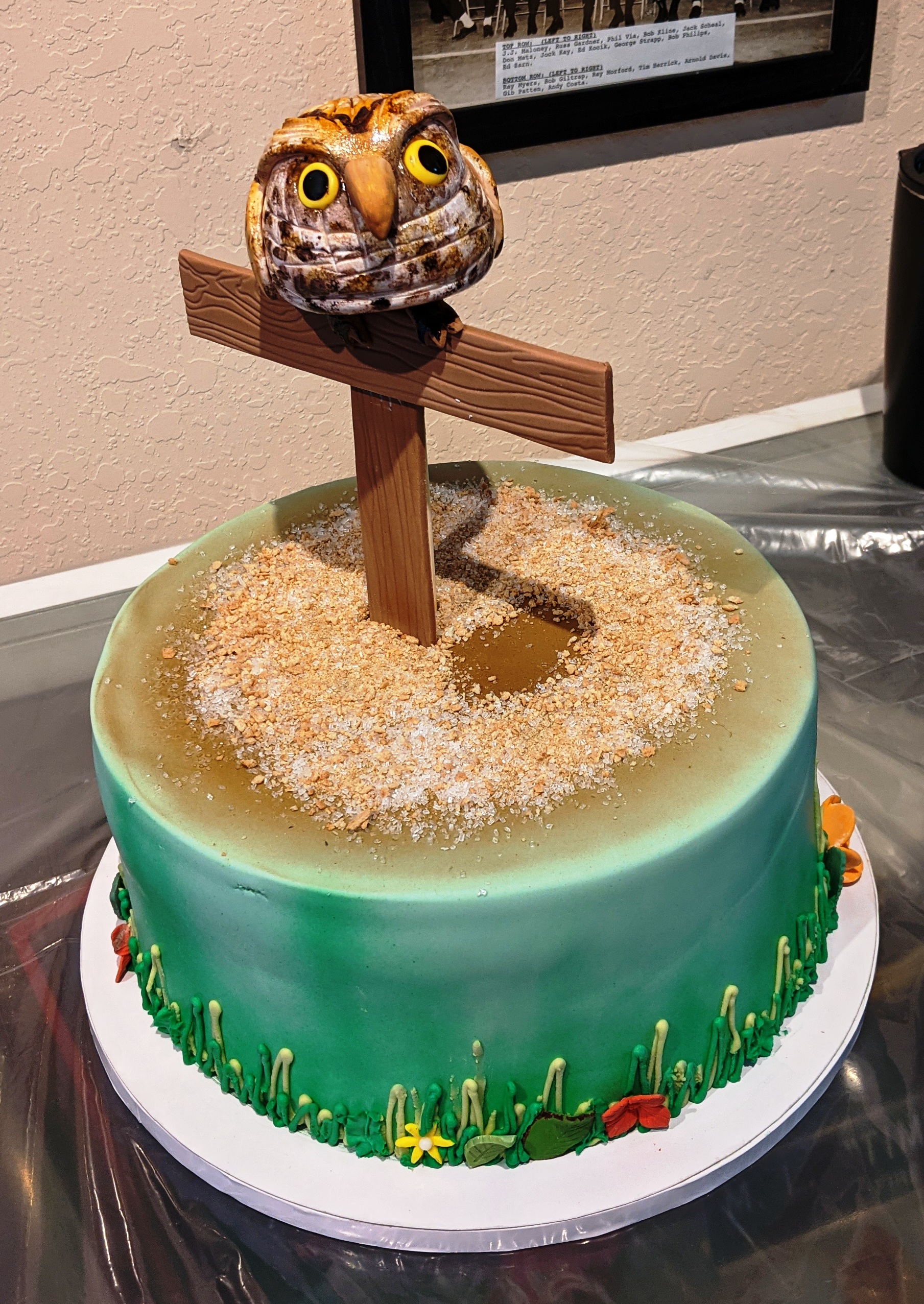 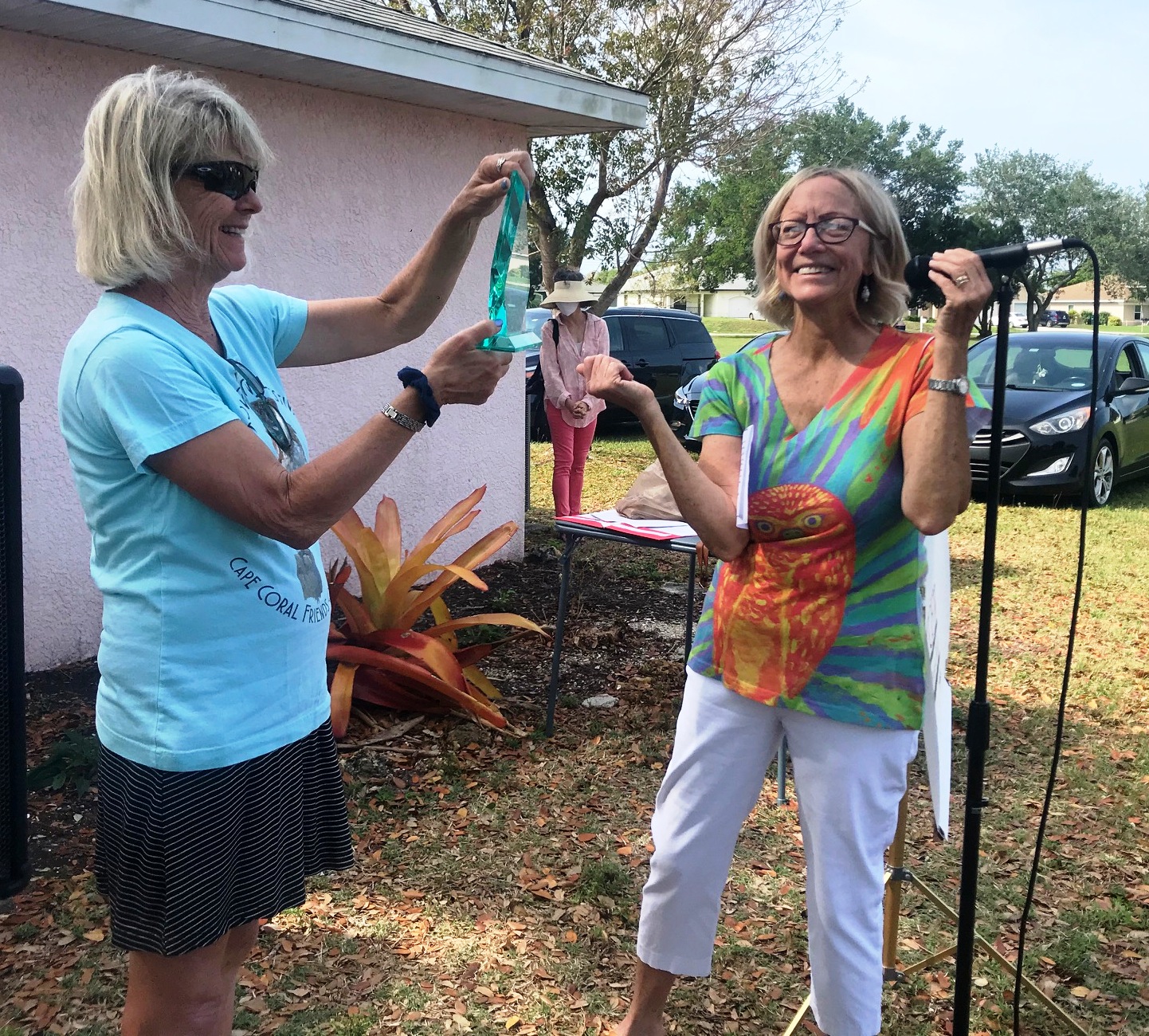 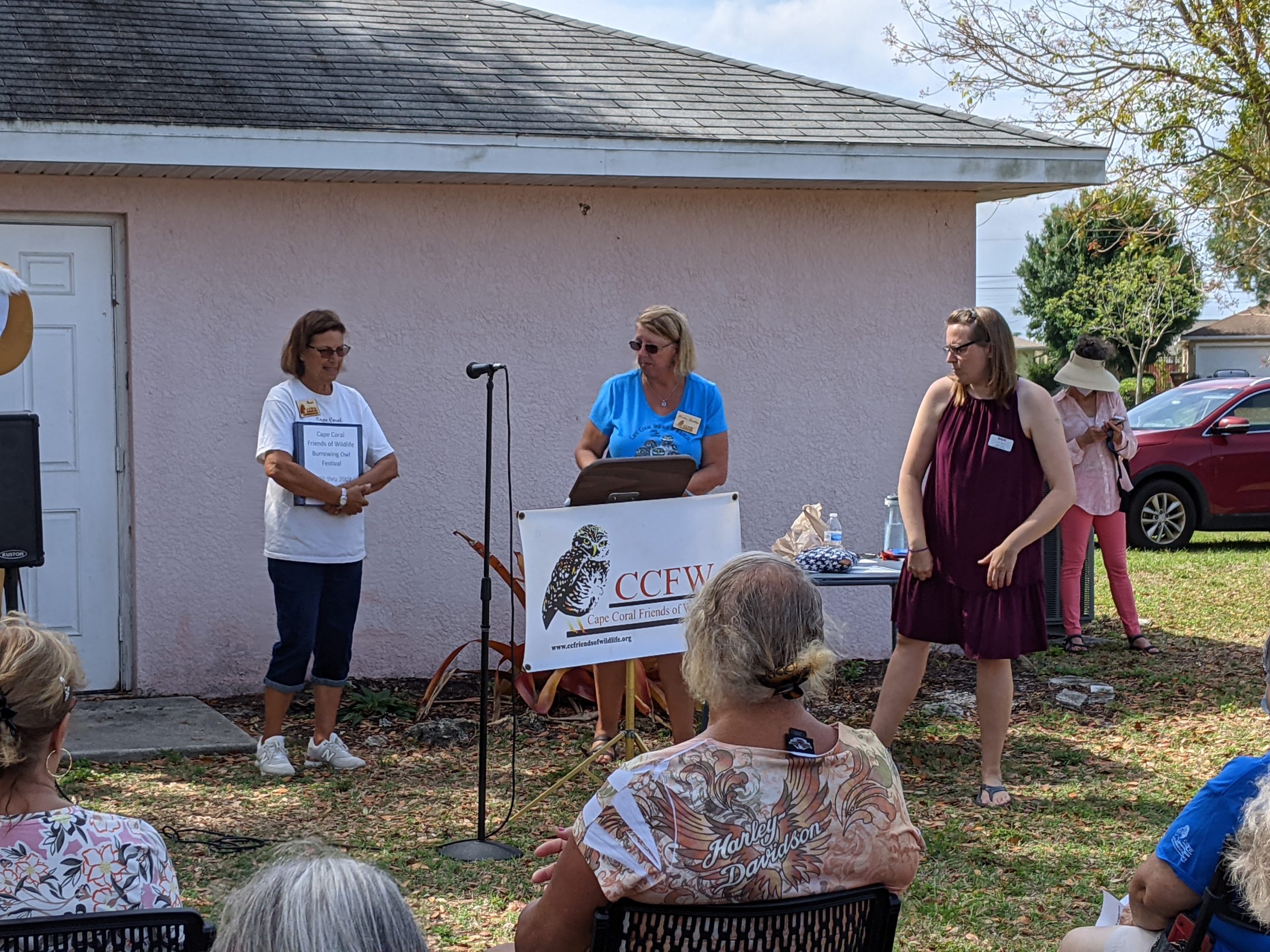 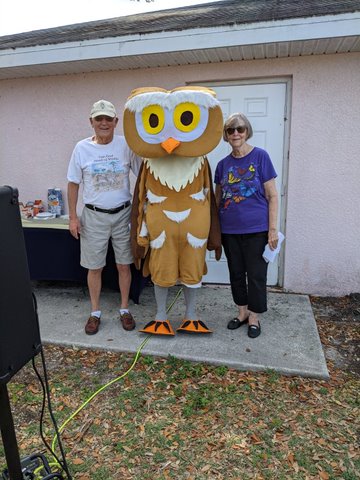 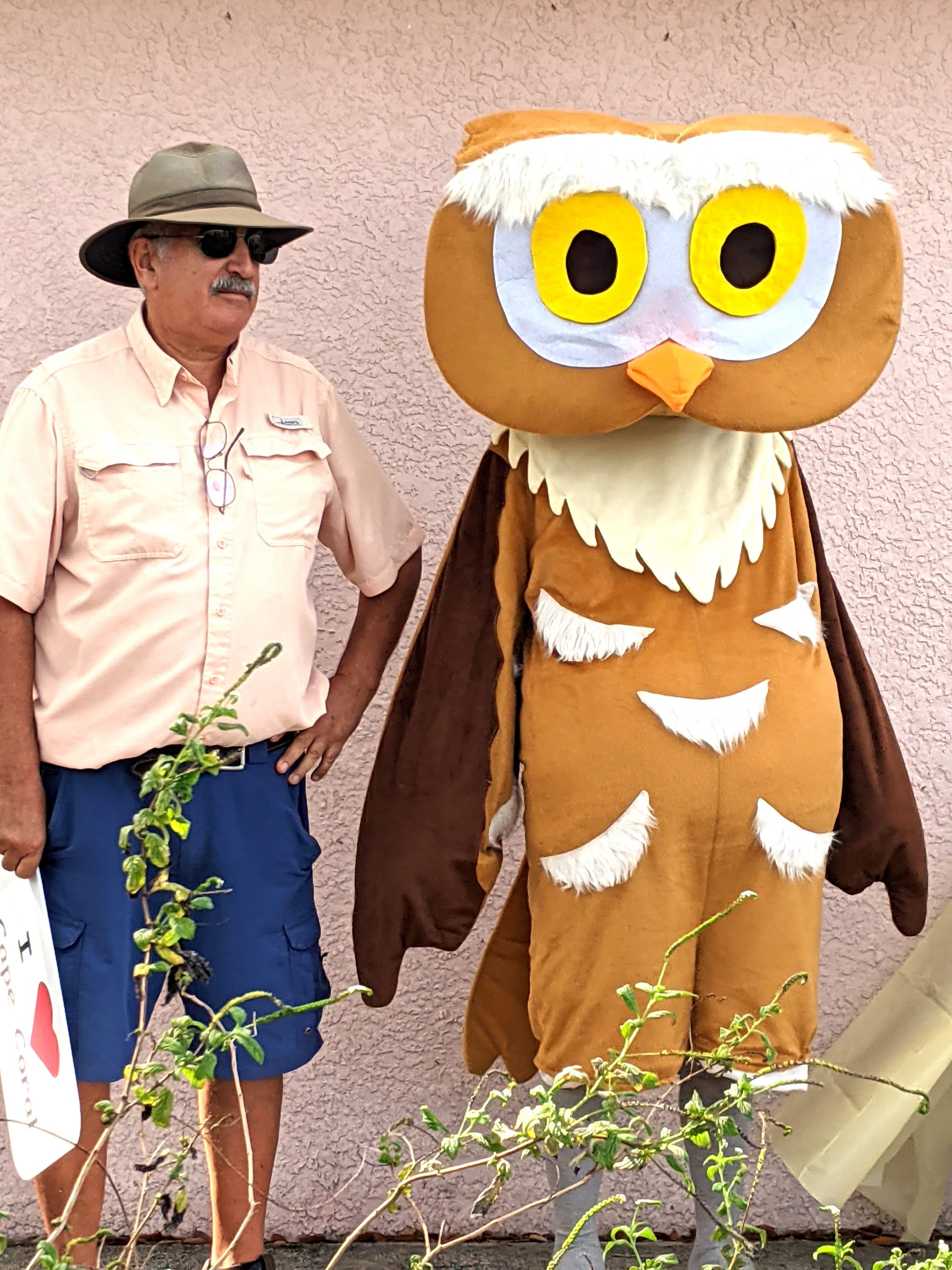